Despite a global population of around 100 000, western lowland gorillas are classed as Critically Endangered by the IUCN due to the risks they face from habitat loss, the bushmeat trade and transmission of diseases from humans.

Many of our guests have previously encountered mountain gorillas in Rwanda or Uganda. There are several key differences between the two species which mean that the tracking and viewing experience at Odzala differs from mountain gorilla viewing.

As their name suggests, western lowland gorillas are found not found in mountain areas, but rather in tropical lowland forest areas. They are slightly smaller than their mountain cousins and (because it is much warmer at lower altitudes) they lack the very thick fur of mountain gorillas (which also exaggerates the apparent size difference).

Crucially, from a behavioural point of view, western lowland gorillas tend to rest in cover during the midday siesta in contrast to mountain gorillas which rest in open clearings. Therefore noise from (unseen) humans could disturb the lowland gorillas and so they have to be observed while feeding / active.

An important plant species for western lowland gorillas is marantaceae – a shrubby plant that grows in profusion on the forest floor. It is also used by gorillas for cover and to build nests. Seeing them clearly through the marantaceae, even from close range can be more challenging. However you are more likely to see unique behaviour e.g. play and tree-climbing (especially when trees are fruiting).

Explore the Congo Rainforest whilst tracking the Western Lowland Gorilla. Experience the magic of the Lango Bai and watch as the variety of wildlife graze. 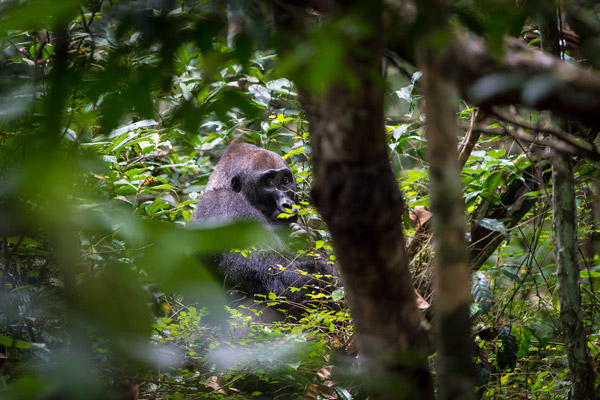 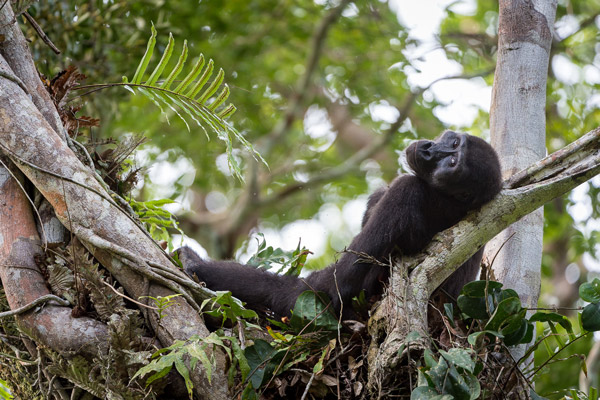 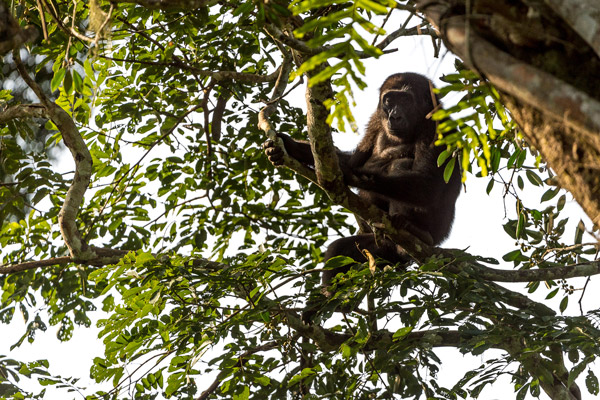 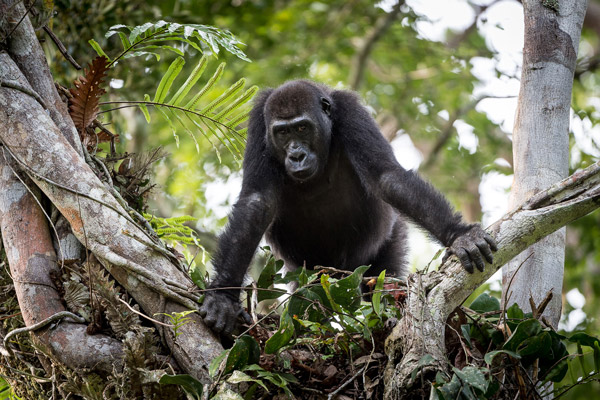